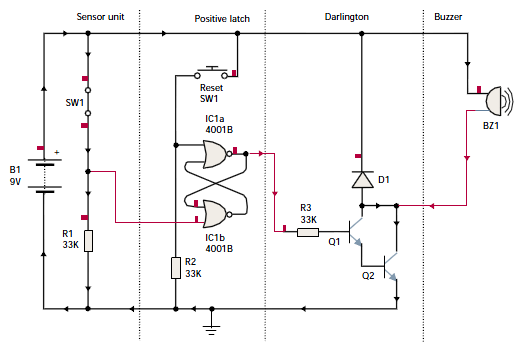 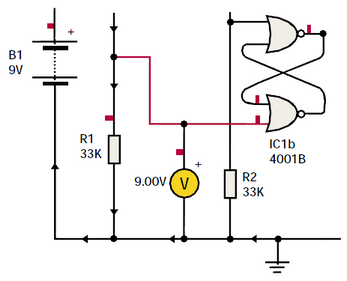 There is one other thing you should notice about the voltmeters in figs 4 and 6. The positive side of the voltmeter (the red wire in fig 4 and the ‘+’ symbol in fig 6) is always connected to the signal line. The other side of the voltmeter (called the negative side) is connected to 0V. You can, if you wish, measure voltage between any two wires in a circuit. However, as a general rule, it is only useful to take measurements that can be compared sensibly to other voltage measurements. Because of this, the negative side of the voltmeter is always attached to the 0V side of the circuit and voltage measurements are always relative to this point of the circuit. This is a good place to bring in a useful analogy for voltage: Voltage is quite a lot like height (see table overleaf). You’ll see more use of this analogy in Part 2 of this article. To finish this first part of the article, there is one more important thing you should know. The word ‘voltage’ is not a proper scientific term. It’s a bit like using the word ‘metreage’ instead of ‘height’, as in “what metreage are you?”. The correct term is potential difference because it is the measurement of the difference in electrical potentials (in the same way you might ask the question ‘what’s the height difference?’ about two mountains). Because the word ‘voltage’ is in such common use, these articles will continue to use it – but you have been warned; don’t let a physicist catch you using the wrong term! Part 2 of this article will explore what an electric potential actually is and how a voltage (potential difference) can be created.