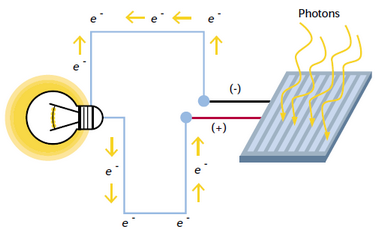 Fig 8 Using light to separate charges in a solar panel

Certain materials release electrons when light falls on them. This is called the photoelectric effect and can be used to separate charges. Although first explained by Albert Einstein a hundred years ago, it is only recently that the cost of ‘solar cells’ based on the closely related photovoltaic effect has become low enough to make them a realistic cost-effective way of generating electricity.

When you apply pressure to some crystalline materials you get a charge separation within the crystal. The resulting voltage across the crystal can be very high. This effect is commonly used to create a spark to light a flame in hobs and gas fires and also in ‘crystal’ microphones. In most situations it would be impractical to generate a constant source of separated charges using this effect as this would mean constant rapid pressurising of the crystal.

However, as with charge separation through rubbing, engineers have recently been investigating whether the constantly changing pressure in your shoes as you walk could be used to generate enough useable electricity to charge the battery in a mobile phone or MP3 player.

Fig 9 Separating charges in a crystal using the piezoelectric effect